Frankie, Veronica, George, John, Cookie, and of course Joanne of Jonell’s at Ellis & Jones. Many other Tenderloin old timers and residents.    The problem-bar-that-had-to-be-shut-down crowd.  Happy.  Hugging each other.  Celebrating.  The powerful and positive life-energy of the 100K+ Women’s March was palpable everywhere in the Tenderloin as the crowds streamed into the neighborhood afterward.  It was fitting to host the reunion at Jonell’s on that evening: Jonell’s run by three women who have been in the Tenderloin for ages and are not to be messed with. 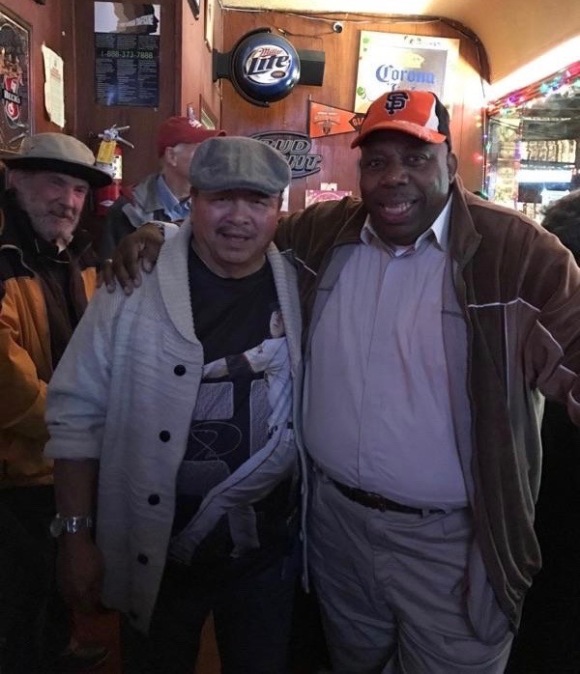 That’s what I loved about Frankie’s.  It didn’t matter who you were, whether you had money or not, lived in a SRO or Pacific Heights mansion.  Your race, whether you did time (so long as there was no violence), who you slept with, none of that mattered.  (It helped if you were a Giants fan though.)

During 21’s last few years the corner @ Turk & Taylor got really rough.  Lots of drug trafficking and violence, culminating the night when eight people were shot outside. Frankie himself was a non-escalation Buddha master.  He had a disarming way with people.  The girls selling crack outside would come in sometimes to use the bathroom, but they never disrespected the place by trying to conduct business there.  Frankie was easy with people and loved by everyone.  He would only get irritated when the press reported shootings at the 21 that actually took place outside on the corner.

The new watering holes in the Tenderloin – the Black Cats, the Biig and the like – are fancy joints.  I’ve walked by a couple of times and have seen zero Tenderloin residents hanging out.  They’re “Uptown” establishments whereas 21 was, and Jonell’s and Aunt Charlie’s are, definitively Downtown.

I’m just kidding, I’ve had one wee dram too many  – Lagunitas 16! – courtesy of two dear friends of mine.  (I know what you’re thinking – I should be drinking Ron del Barrilito!)   I shouldn’t be a snob or hater, there’s way too much of that going around.   I have my own nostalgic inclinations that can lead to ignorance and intolerance for others. I’ll save up and stop by for a seasonal drink consultation one of these days, though I can imagine pops in heaven looking down at me and having a good laugh.   Pops, and Brooklyn/Queens Mets fans (after losing their beloved Dodgers), were Schaefer or Rheingold Extra Dry people.  (You don’t even want to talk about the Yankees.)   I remember driving by Schaefer’s giant plant each day on the way to the factory in Greenpoint. 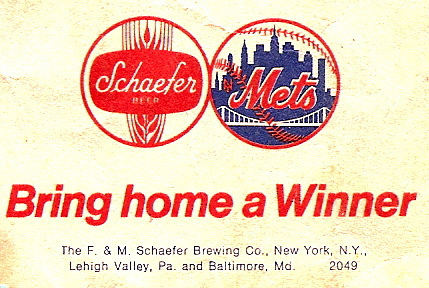 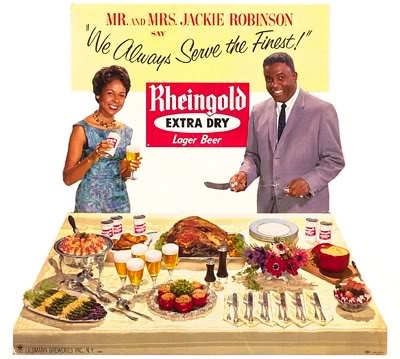 In the meantime, see you all at Aunt Charlie’s.  I don’t care what the plaques say – it’s in Downtown Tenderloin, and we don’t need the federal government to tell us where we are, who we are, or how important we are. 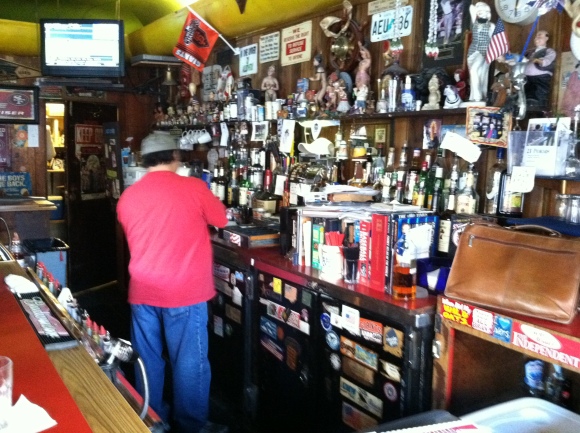 Ten for the Tenderloin